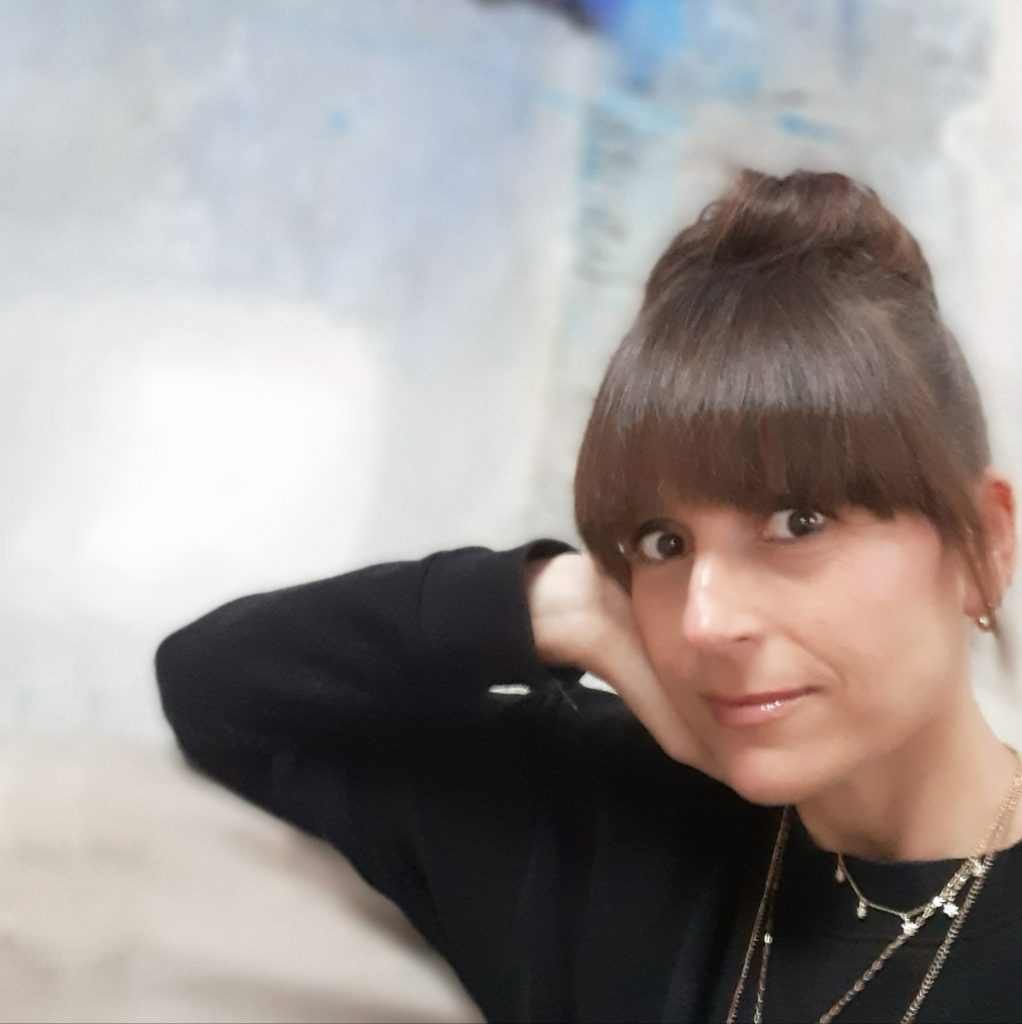 Nagoré San Felices is born in Bilbao, Spain in 1981. Nagore obtains a degree in Fine Arts at the UPV.

She approaches painting with the dynamism and spontaneity of youth.

Haunted by the human figure, she creates, most of the time in a frontal shot, primitive images that embody timeless female faces often haloed with headdresses or mysterious auras.

The space of her canvases is invaded and each of these women is thus exalted, dragging us into stellar depths.
The colors of Nagore evoke the texture and the roughness of the earths of our trodden, worn, scarified mineral world to equal the paintings of the artist who begins, lightens or superimposes his materials, thus sharing his creative gesture with us.

Sometimes the feminine representations give way to an imaginary city which interferes like a metaphor of the living world: a fish or a bird, in the same lightness.

Nagore San Felices can only seduce us with its mermaids from an elsewhere Eden, the looks of their oversized eyes being as persuasive as the famous songs of mythology.